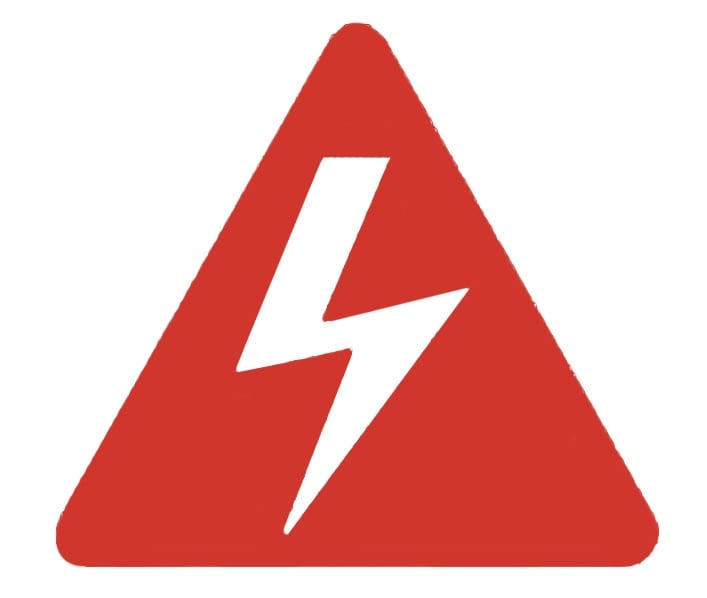 The Third Rail of Business Presenting

In more normal times a Presidential Award would be an impressive credential – pure and simple.

Yet when the speaker’s introduction specified his award came from “President Barack Obama,” the man in the row ahead folded his arms and angrily said: “He just lost me!” Had the introduction read: “President Donald Trump” it seems safe to suggest that someone else’s arms would have folded and a similar comment made.

Late night comics can get political. They will lose some, but gain others. Business speakers don’t have that luxury.

Unless your presentation is directly related to politics, the best rule for now is: Don’t go near what has become The Third Rail of Business Presenting.

Up your speaking game at The Speaking Intensive℠. Get 18 hours of coaching with us in a small group setting for half the cost of our private coaching retainer. Register for the April 27-28 small group coaching session to join us before the last few seats are sold out! 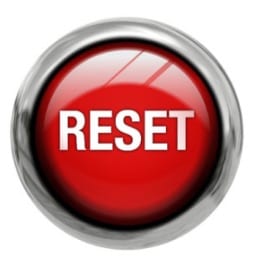 Can You Hit The Reset Button While Presenting?

Knowing how and when to hit the reset button is an often over-looked skill that is critical to the craft of public speaking.

We were – last week. It was a magic show complete with lighting, levitation, and illusions. The magician was a larger than life performer, with tone, gestures, and pacing identical to the show he does in Las Vegas. The performance should have been a home run, but it wasn’t.

The issue? The show wasn’t in Vegas. It was at a retirement community we were visiting where an 8:00 PM show start time is considered “a little late”. The audience, full from its’ pre-show dinner, was stone cold sober in all senses of the word. Yet, the magician played with Vegas-like energy. He couldn’t dial it down to meet the audience, establish connection, and lift them up. It was an epic fail because he couldn’t hit the reset button.

If this happened to you, could you press the reset button?

In our speaker coaching programs, we train presenters to rehearse solutions to disaster scenarios.

Two options for hitting the reset button for you to practice:

Scenario 1: There’s a delta between your energy and the audience’s:

Pause, look at the audience, and shift your tone so it’s just above their’s. Then bring them up as quickly as they can accept.

Notice you’re out of sync and change it up. Shift your body position, darken the PowerPoint, pause for a beat and say something like “you know, let’s just talk.” Then relax and have a conversation.

The single most important thing to remember:

Pay attention to the audience’s tone level and adjust yours as needed.

Be observant. If there’s a sudden coughing outbreak spreading throughout the room, extra light from cell phone screens, or people sneaking out of the room, hit the reset button to re-engage your audience and re-track your presentation.

Learn how to hit your reset button at The Speaking Intensive℠. Get 18 hours of coaching with us in a small group setting for half the cost of our private coaching retainer. Register for the April 27-28 small group coaching session to join us. Save money by taking advantage of the early registration discount before it ends on March 3rd, if the session isn’t sold out by then. 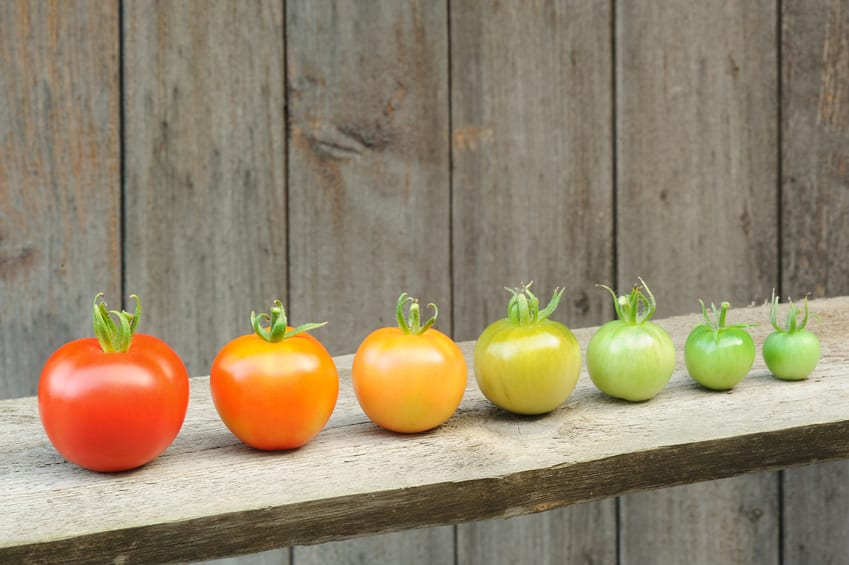 How to Present Successfully to Multi-Generations

Google “How to Present to Multi-Generations” and you’ll see a results list containing loads of information on managing, engaging and motivating. In financial services and other industries, mastering the challenge of successfully presenting ideas, concepts and data in a relatable way to online slots generations different from our own is paramount to professional and financial growth.

“Navigating the Intergenerational Workforce” by Robert Dilenschneider got us thinking about conversations we’ve had with financial advisors and wholesalers during our speaker development programs.

While he makes many strong points, we have a little different take when it comes to how to present successfully to multi-generations. Our entry-point:

Learn about their humor.

Ask people in other generations to tell you jokes and funny stories they would only tell each other. The ones only they understand. You may not understand. Ask them to explain it to you. That explanation will likely give you insights into their lives, attitudes, and points of view.

”You know you’re getting old when you stoop to tie your shoelaces and wonder if there’s anything else you can do while you’re down there.”

You don’t have to think it was funny when George Burns said this, but you have to know why it‘s funny. This quip humorously describes the beginning of the aging process … a valuable entry point into that generation’s basis of thought.

You don’t have to think these lines from 22-year-old comedienne Shelby Fero are funny but you ought to know why.

If you don’t know what makes someone laugh, you don’t fully understand their thinking, feelings, or cultural context.

From baby boomer through Generations X and Y to Millenials, understanding generational humor will go a long way to helping you present successfully to multi-generations. Humor is your way in.

Did you find this helpful? Learn more techniques for crafting and delivering presentations that move audiences to action at The Speaking Intensive℠. You’ll get 18 hours of coaching with us in a small group setting for half the cost of our private coaching retainer. It’s a no-brainer! Register for a group session below.

Already graduated from The Speaking Intensive℠ and want to participate again? The repeater record stands at 4 times! Call or email us for your special repeater rate.

2 Strategies for Managing Nerves When Speaking

There are two types of speakers in this world: those who get nervous and those who are liars.

At The Speaking Intensive℠ one of the first topics we work with is how to manage nerves when speaking. While we explore many different strategies, this blog highlights 2 of them.

To keep ourselves in good speaking shape, we work out with a trainer. A former pro-football player, he’s taller than either of us can jump and wider than both of us standing shoulder to shoulder. Our trainer, let’s call him “Iron Man”, is fierce. Imagine our surprise when, after a tough workout, Ironman shyly said –

“You train speakers and I have to speak in front of audiences. It terrifies me. What can I do about overcoming nerves before speaking?”

“You can’t overcome nerves … and why would you want to? Remember the nervousness you felt before a big game when you were about to take the field? Did you run away? No!

Those nerves energized you. Made you even more determined. You trusted your training and preparation. You focused on doing your job.

The same goes for managing nerves when speaking. It’s the same thing!”

“George Plimpton was the master of what he called ‘participatory journalism.’ When he wanted to write about sports, comedy or performance, he did it first.

Boxing? He stepped in the ring with Archie Moore, a world light-heavyweight champion. Football? He trained with the Detroit Lions. Comedy? He did standup at Caesar’s Palace. Music? In what for him was the scariest moment, he ‘crashed the cymbals’ for Leonard Bernstein and the New York Philharmonic.

Plimpton was struck by the similarity in the nervous energy all kinds of performers had before they went on.

Bottom line: Successful performers come to know that nervousness is the fuel of a great performance.

If you’re nervous before you speak, reframe it as energy and aliveness. Then go out and do your job … what you know to do … what you’ve been trained to do.”

How does Lisa manage nerves before speaking?

“Back in the skating days, I’d throw up before a performance. No Nerves … No Nausea … Bad Skate”.

Today Lisa still gets nervous but has replaced the spewing with physical activity to make nerves work for her. Jumping jacks, air-boxing and yogic breathing wring out the frenetic nay-saying nerves and make space for the crucial productive nerves that fuel her presentations.

Alan Parisse, Hall of Fame speaker, named One of the Top 21 Speakers for the 21st Century doesn’t get nervous, right?

“Wrong. This duck is paddling hard under the water.

I get nervous but don’t let that little voice in back of my head talk me down. I thank the voice for it’s opinion but don’t buy in. Instead, I trust my preparation and use those nerves to fuel my presentation.”

There are many strategies for managing nerves when speaking. Start with these 2 and you’ll be on your way!

Learn more techniques for managing nerves when speaking and so much more at The Speaking Intensive℠. You’ll get 18 hours of coaching with us in a small group setting for half the cost of our private coaching retainer.

It’s a no-brainer! Register for a group session below.

Already graduated from The Speaking Intensive℠ and want to participate again? The repeater record stands at 4 times! Call us for your special repeater rate.

Subtlety & Perception: A Quick Lesson in Presenting from the Federal Reserve “The Ray Rice video for the financial sector has arrived” – or so says Michael Lewis in Bloomberg.

On NPR’s “This American Life” this past weekend, the inner workings of the Federal Reserve Bank were revealed in embarrassing ways.

The overriding concern is “regulatory capture.” That’s where regulators assigned to oversee an institution get so caught up in that organization’s culture they fail to regulate.

In this case Carmen Segarra, a newly hired regulator, was so shocked by what she heard that she started secretly recording conversations.

In one recording. the head of the Fed’s team at Goldman said that credibility at the Fed “is about subtleties and perceptions as opposed to reality.” To a regulator or a compliance officer, this is an absolute absurdity. What matters is facts and substance – real reality.

Regulations aside – what about when a speaker presents to an audience? What’s more important: form or substance? Content or delivery?

Obviously, both is best: stellar substance and dynamic delivery. But who would be more likely to get their message across? A speaker with a strong, authentic presence or one focused on facts and figures?

Don’t let “subtleties and perceptions” bury your message. Come to The Speaking Intensive, and learn how to bring out the strong authentic presenter in you.

Join the last open to the public program in 2014 on November 6 & 7. Presenters from Pacific Life, The Chicago Bulls, Merrill Lynch, LPL, Rockwell Collins and 40 other firms already have. Now it’s your turn. Catch the early registration discount before it ends on Friday!

“Fantastic!! Ultimately a straight route to improve my impact and influence.”

“As much a Leadership Development experience as a Public Speaking course.”

“Thank you for pushing me to tap into “tools” I didn’t know I had.”